After their last second win on Saturday, the Packers’ Aaron Rodgers had inspiring words to say about his team’s current eight game winning streak. “Some jobs are bigger than others, but none more important than the others”. It’s the team-first attitude expected from the quarterback, leader, and possibly best player in the game. Stars like Rodgers often decide games, touching the ball every play, throwing touchdowns and interceptions, and shouldering the criticism and praise. But winning in football results from many jobs being executed effectively. A punt from the endzone can change a game as quickly as a hailmary pass. And then there’s the second level. A rookie gets encouraged by the old vet who takes nothing for granted, working harder and harder even though his job is secure. But doesn’t it work both ways? The backup lineman who tirelessly watches film, just in case, surely leads Rodgers to step up his own game.

“The place to improve the world is first in one’s own heart and head and hands, and then work outward from there. Other people can talk about how to expand the destiny of mankind. I just want to talk about how to fix a motorcycle. I think that what I have to say has more lasting value.”
– Robert M Pirsig in Zen and the Art of Motorcycle Maintenance

Football teams know these lessons well. Bill Walsh famously held his secretaries at the 49ers to an unusually high standard and soon they were winning championships. But paying attention to the little things goes way beyond football, beyond teams and organizations. Every part of life has details, exerts a feeling on the rest of the world. It’s encapsulated in quality, a word Pirsig so tirelessly attempts to define in Zen. We’re not able to measure quality in isolation, without the aid of our own experiences and expectations. The quality of a mechanic’s wrench lives not only in its ability to loosen a nut, but its weight, balance, and durability. A quality meal is more than the way the burger is cooked, it’s in the pub walls, soggy fries, and crisp beer. So often encountered yet so undefinable.

Vinyl albums are selling like it’s the ‘80’s, yet Spotify and iTunes are much easier. Physical music just feels right. AirBnb’s success is driven by this same feeling. It offers visitors a taste of the local quality, an air in the bedrooms, artwork and kitchen appliances that defines a home and a culture. But too often there’s an attempt to mimic quality with varnish. A fresh paint job to mask the lack of a well designed, well executed process. The fake wood tape that coats every crappy bookshelf. The superhero sequels that never should have been made and the mindless articles with enticing titles that find their way onto social media. Just as a big talk, no action teammate hinders winning, poorly built, primed and polished junk restricts happiness.

All of this has caused me to reflect on my own attitude toward the subject. I thought I’d share a few of the highest quality things in my life, somehow managing to have an outsized effect on my happiness.

Passing conversations – We should give everything we have when talking with friends, family, and coworkers. But having high quality, short lived, passing conversations has made my days so much more fulfilling. Often times, not much of substance is said, but that’s not what’s important.

Muji – This article was partially inspired by an alarm clock I bought at Muji this week. The design is straightforward and warm and it gets the job done. I can’t recommend Muji enough.

Cross Ballpoint Pen – I had never bought a pen that didn’t come in a pack. Then, I bought this pen for £25 when I arrived in London. It’s the only pen I’ve used since and I feel better every time. The matte blue finish makes it perfect in my hand and the reliability eliminates that terrifying, ink-searching, pen scribble I had nightmares about.

Morning walk -Cobblestones are the best. 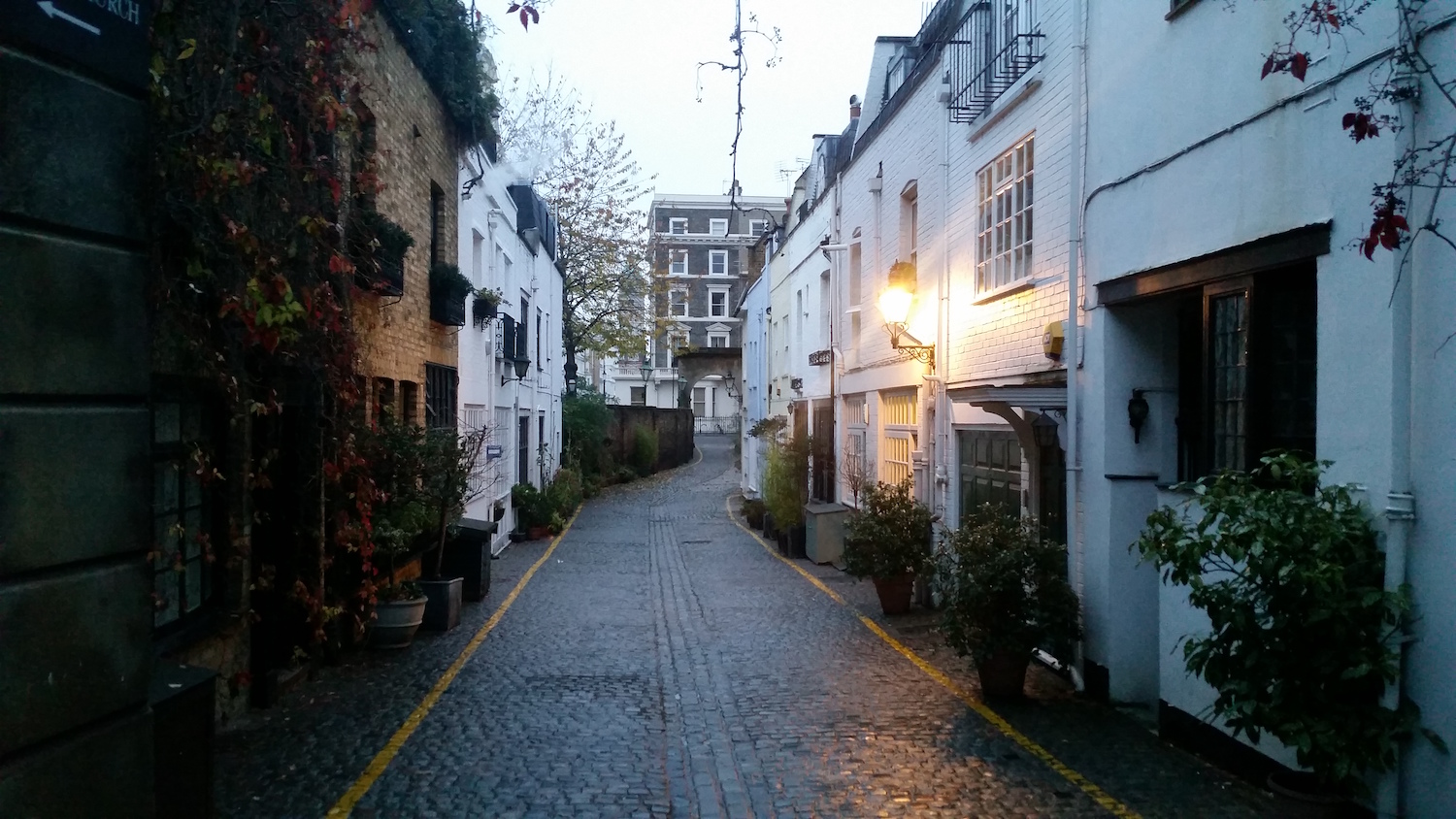 I’d love to hear about your own high quality possessions and moments. Maybe an old t-shirt or ritual? What is so great about it?